From games and animation to audio dramas, bringing warmth, emotion and excitement to your projects.

Voice of agent Colten James (CJ) in a game by a Spanish developer. The game is designed to help non-English speakers gauge their English listening and comprehension skills. Also voiced a character who provides the player hints in the second chapter of the game.

Voice of Ray Joras, who is a field reporter for GNN (Galactic News Network) from the game ExoSpace, released by SM Games on PC. – Link

​PROJECT TRUTH (working title) – Coming to Xbox One and PC

Voice of Dr. Liam Johnson, the chief physician of the town’s biggest hospital. He’s a world renowned physician who is known for being always professional and a strong leader.

Guides the player through the story as the narrator. – Link

IF IN YOUR DREAMS; THE FLOOD (VISUAL NOVEL) – OLIVER

Voice of Oliver, a kindly old man who the character Ophelia comes across as she wanders the late Seattle cityscape and helps her. – Link

Voice of  Toad, the host of this popular YouTube series. Series follows various famous video game characters as they compete to determine who is the best one. Each episode ends with a character or characters loosing a challenge and the viewers voting to eliminate them from the competition. This is a weekly series on the Gumbino channel.

THE LIBRARY BOOK 1: THE CURSE OF THE BOGGIN – Narrator for Learning Ally

Learning Ally is an organization that brings voice actors from around the world together to narrate books for those who learn differently. I narrated the first book in The Library series, The Curse of The Boggin, by D.J. MacHale. This was a ghost story written for children in grades 3 to 6. Book was 21 chapters long and featured a number of characters all who I tried to distinguish with different voices.

THE LAST KIDS ON EARTH TRILOGY – Narrator for Learning Ally

In the next set of books I narrated for Learning Ally is called The Last Kids on Earth by Max Brallier. These are a hybrid Graphic Novel/Novel for children in grades 6-8. I perform distinct voices of the 4 main characters as well as any additional characters which come along. After completing the first novel, I was asked to continue narrating the rest of the series.

I’m the voice of Captain Eredhar in an upcoming 2D PC RPG who leads the player around a Caribbean-esk setting as they search for buried treasure and other adventures.

This is a fan made CGI series based on the Command & Conquer game from Electronic Arts. I’m the voice of Chorizo and Kielbasa, a pair of NOD tanks as well as Highground, a long range tank for GDI. – Link

The Code has been a project with exactly 49 roles and many great contributors. Matt has been very enthusiastic and took an interest in the project. He has great energy, and has been very easy to work with. He handled feedback and criticism very well, and easily accommodated any changes that were requested of him. We would happily work with Caboose in the future if given the opportunity.
Casting Call – The Code

Matt continues to blow us away with his amazing voice and talent. In this project, he voices Ignis from Final Fantasy XV and not only did he capture the character perfectly, he captured the emotions required for the story seamlessly.
We always enjoy working with him and highly recommend him for your next project. He brings a great positive atmosphere to every project he’s on and a great team player. Highly recommend him.
Casting Call – Fanficradio

Let me help bring your project to life. Contact me using the form below. 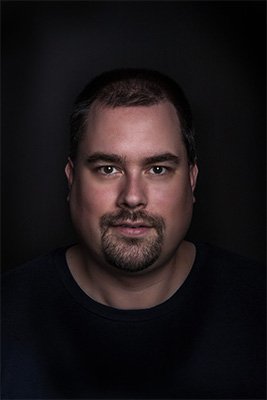